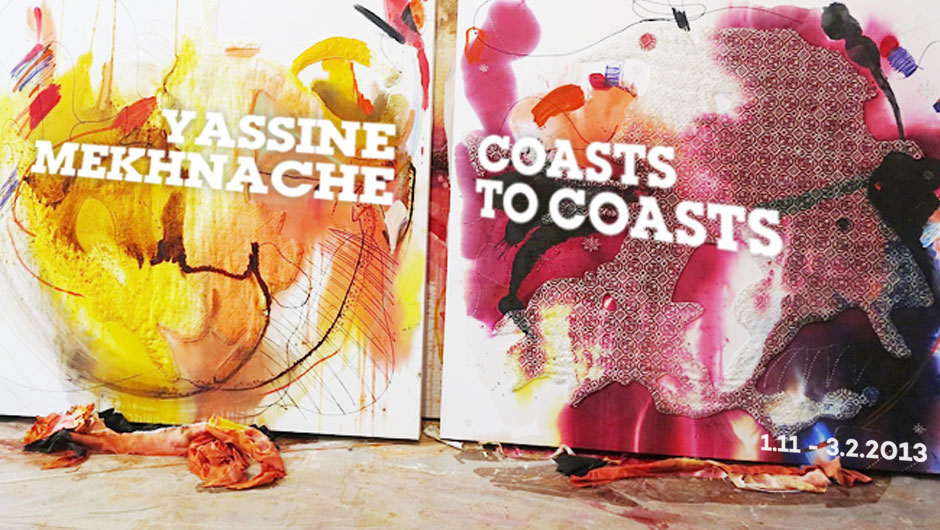 The solo exhibition of Yassine Mekhnache,“Coasts to coasts” is part of a series by the artist to form a cultural bridge between Istanbul (Krampf Gallery), Cologne (Biensenbach Gallery) and New York (Catherine Anhell Gallery.

Yassine Mekhnache, aka “Yaze” is a self-taught painter who embraces Mediterranean culture with its stark contrasts. He begun as a street-artist making grafitti on the trains at the age of 12, followed by working as a designer, a video artist, a sculptor, until his pictorial verve exploded out. He rented a studio when he reached 17 and tried to channel his fury onto large canvasses with a fresh narrative from the street. This new pictorial energy took over the graffiti’s practice for Yaze by sublimating his rough learning of street art.

Yaze was recognized by art authorities in his early ages. Here is what art critic Jacques Bouzerand wrote about him in 2006 when the artist was 26 years old: “One can feel in this torrent of creation a violence that was previously expurgated by the artist on the fronts, vertical and free spaces of the cities, on the leprous parking and blackened station walls. Graffiti, tags, have been Yassine ‘Yaze’ Mekhnache’s first writing exercises. As for Jean-Michel Basquiat when he started in Soho streets the cruel and bewitching Samo saga, before Andy Warhol gave him the taste for cloth painting. In certain ways, while reading his impressive paintings, I place Yaze in what is for me the family of immense artists like CY Twombly -where what is unspoken, suggested, creates poetry, Georg Baselitz -whose power knocks down all norms, Yan Pei-Ming -who translates the savagery of the World.”